Hermitage Guesthouse was founded by Advocate Sultana Nahar when she visited Srimangal for the first time in 2009 and fell in love with its wild, natural beauty.

Sultana is a serial entrepreneur, having founded and managed the first cut-flower business in Bangladesh with the Regal Nursery in the early 1980’s, moving onto a guesthouse by the same name, and the Distinguished Lady’s Complex in Gulshan in the 1990’s.  Sultana’s business ventures were extra-curricular to her main vocation as a lawyer in the Bangladesh Supreme Court, where she fought in a number of high profile cases on behalf of the poor and landless.

In 1992, Sultana achieved international renown by publishing the first in-depth, comparative study of religious minorities in Bangladesh and West Bengal, India. In addition, Sultana has published a number of books of poetry and essay collections. An anthology of her poem’s has been published by Jawaharlal Nehru University in New Delhi.  She is a frequent contributing columnist to a number o national dailies, in both English and Bangla. In 1989, Sultana won the Golden Poet Award, awarded in Washington DC, USA. She is an avid tennis player who enjoys playing competitively.

As described by Lonely Planet, the “affable” Sultana ensures that every aspect of Hermitage, from the linens to the food, benefit from her personal attention. She is the quintessential owner/manager who loves meeting and chatting with as many of her guests as possible. If you wish to reach her directly, please call her at +01711595265, or email her at sultana_nahar@yahoo.com.

She looks forward to hearing from you. 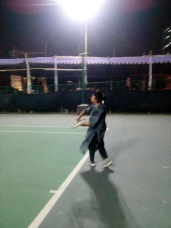 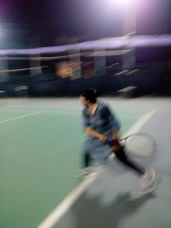